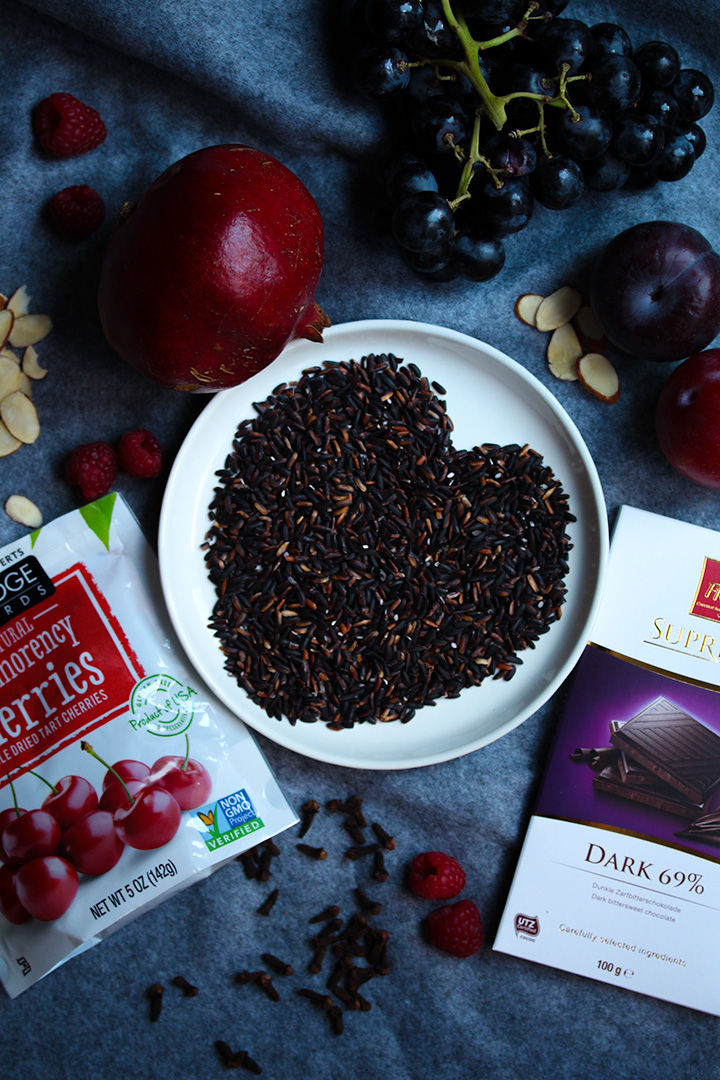 Welcome to the 3rd article in this series “The Four Ps of Gut Microbiome Health”. So far, we have taken an in depth look at Probiotics and Prebiotics. This new article focuses on Polyphenols.

Polyphenols are naturally occurring chemicals found in plant foods, of which there are many sub-types. They are found in high amounts in red, black, purple and blue foods, but also in tea, coffee, cocoa and wine.

Health science researchers have placed increasing attention on the role that polyphenols play in human health, as they are believed to provide anti-oxidant, anti-inflammatory, anti-cancer and anti-microbial benefits to the host. Polyphenols are believe to play an integral role in the prevention of lifestyle diseases or conditions such as cardiovascular disease, Type 2 diabetes and obesity.

What is the link between Polyphenols and the Gut Microbiome?

Modulation of gut microbiota by polyphenols is believed to be due to their pathogen-inhibiting properties and also their ability to stimulate the growth of beneficial bacteria, similar to prebiotics.

Most polyphenolic compounds are not digested, as they are recognised by the body as xenobiotics – ‘xeno’ meaning alien and ‘biotic’ meaning life-supporting. This means they are metabolised by the colonic microbiota (largely bypassing the small intestine) and thus converted in to bioavailable low-molecular-weight metabolites that can be absorbed by the body - it is believed this process is largely how polyphenols actually confer their benefits.

The finer mechanisms at play are still being researched. For example, it is not yet known specifically which bacterial species act on which polyphenols and vice versa.

Getting more Polyphenols in to your diet

Here is a list of polyphenol-rich foods for you to try as a starting point. Remember, diversity is the name of the game, so make it a fun game to try to get in as many of you can of these foods every week! You certainly won’t be bored.  What I love about this intervention is that these foods are easy to access, affordable and really easy and enjoyable to add to the diet.

Many of these foods are suitable for those following SIBO and low FODMAP diets so I encourage anyone on these diets to include appropriate polyphenol foods.

If you really want to supercharge your polyphenol intake, check out this list of the top 100 polyphenol-rich foods, ranked according to the concentration of polyphenols.

Of course, I couldn’t finish off this article without linking to some of my polyphenol-rich original recipes!

Look out for the next and final article in the series which will cover all things Pathogens!

In the meantime, have some fun cooking up a storm in the kitchen!

If you'd like some help optimising your gut health, get in contact! I'd love to work with you.

Know someone who will benefit from the information in this post? If so, share it on social media and I'll be forever grateful! Just use the share buttons on the left of this page - easy!