Home » Work with me » How I treat SIBO as a Naturopath

As a Naturopath and Clinical Nutritionist, SIBO is one of the conditions I see most regularly.

SIBO (Small Intestinal Bacterial Overgrowth) is one of the main causes of IBS (Irritable Bowel Syndrome) yet it remains largely unknown to the frontline workers in the medical profession. This means people with SIBO are often left undiagnosed and untreated.

I have completed advanced SIBO training with SIBODoctor.com - The Practitioner Mastery Program - and have also completed courses presented by Jason Hawrelak. 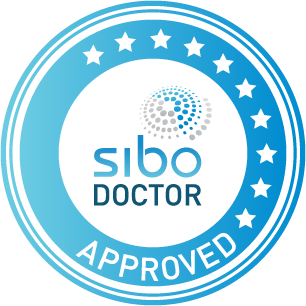 Read on for an overview of how I diagnose and treat SIBO.

SIBO (Small Intestinal Bacterial Overgrowth) is basically a condition involving inappropriate bacterial overgrowth in the small intestine. It’s not an infection and doesn’t involve pathogens – it involves bacteria that are supposed to be in the human digestive tract. This region of the body is supposed to contain a much smaller number of bacteria than the large intestine, which is where most of the study has been done on the gut microbiome. There are specific protective mechanisms in our anatomy and physiology – such as the Migrating Motor Complex that acts as a sweep - which prevent this overgrowth and they are disrupted in SIBO.

There are many different risk factors for SIBO such as gastroenteritis which damages the Migrating Motor Complex, altered anatomical features (eg. ileocecal valve dysfunction, endometriosis), and physiological disturbances such as low levels of digestive secretions - stomach acid, pancreatic enzymes and/or bile. Medications can also trigger SIBO – I have seen many cases of SIBO that were caused by the overuse of Proton Pump Inhibitors for GERD and gastritis.

Different types of SIBO exist and some people can have more than one. Hydrogen SIBO, Methane SIBO and Hydrogen Sulfide SIBO are the three currently known types - unfortunately there is no publicly-available test for the third type, although it is supposed to be in the pipeline for the next year or so. All of these types of SIBO have a common feature of elevated hydrogen production which can effectively fuel the other two types, due to conversion of hydrogen to methane or hydrogen sulfide. This is dependent on exactly which species have overgrown. It means that all types of SIBO

SIBO often co-occurs with SIFO, which is Small Intestinal Fungal Overgrowth. It presents with many of the same symptoms as SIBO and is currently best assessed with a Great Plains Lab Organic Acids test which reports on fungal markers found in the urine. SIFO can occur if an individual has had multiple rounds of antibiotics any time in the past, which is quite a common scenario.

Each case of SIBO is different because there are so many variables that influence digestive function. Typical symptoms of SIBO can include: bloating, belching, diarrhoea, constipation, reflux and abdominal pain. It’s believed that SIBO is one of the main causes of IBS (Irritable Bowel Syndrome). These symptoms can change day to day in one individual with SIBO. The symptoms are caused by the overgrowth of bacteria fermenting particular foods in to the gases. 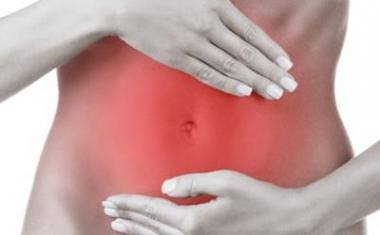 Since the gut is so central to our overall health – owing to its role in nutrient absorption and immune function - SIBO has also been linked to many non-digestive conditions and symptoms such as acne rosacea, fibromyalgia, chronic prostatitis and autoimmune diseases.

SIBO can also cause other negative health effects such as nutrient deficiencies - since the bacteria can consume/steal them from us before digestion -,  fat malabsorption which can affect bone density, microvilli damage – causing problems digesting certain foods and also histamine intolerance.

Research about SIBO has grown exponentially in the last five years, but it’s important to acknowledge that we are really somewhere near the start of our journey into understanding and treating SIBO. Having said that, there is a lot that we DO know. SIBO is a very treatable condition when done right.

SIBO is considered a relapsing condition and this is why it’s crucial to confirm what factors have led an individual to develop SIBO, because this informs both individualised treatment and also long term strategies for keeping it under control.

How is SIBO best diagnosed?

Breath test is the most accessible testing available, because a small intestinal aspiration is rarely done in a clinical setting and requires a day procedure in a hospital or clinic. Breath testing is non-invasive, relatively affordable and can be done at home.

Both types of test can actually miss a diagnosis (so, a false negative). For example, with the breath testing for example, not all bacterial species typically found in SIBO can ferment the test substance (eg. lactulose or glucose). Also, none of the publicly available breath testing options currently measure hydrogen sulphide gas, which is considered the third type of SIBO, although a flatline level throughout the test *may* be an indication, along with symptoms. This means that SIBO can also be diagnosed on a clinical basis – that is, based on symptoms and history. The aspiration is dependent on a culture-based method, to detect the different species present. Unfortunately, many species cannot be cultured easily in the lab. That’s one reason why PCR/DNA based stool testing is also recommended over any that use the outdated culture method.

For breath testing, I always recommend testing for 3 sugars – lactulose, glucose and fructose because invariably, most people will not test positive for all sugars. So, just testing lactulose for example may miss cases where the person would be positive for glucose or fructose. While that can be a bit tedious, it’s well worth it to get an accurate assessment of whether SIBO is likely to be present.

There is a special preparation period for the test involving diet and cessation of particular supplements. Also, each test sugar needs to be done on a separate day to prevent any overlap (ie. residual levels of the previous testing substance).

I also routinely run stool testing alongside breath testing because I’ve found most people with SIBO also have dysbiosis in the large intestine and the symptoms almost always cross over. Depending on the individual case, I will either order Genova GI Effects or Diagnostic Solutions GI Map. What I love about the GI Effects test is that it is so thorough when looking at digestive function, along with reporting on the microbiome. The GI Map is better I think at detecting parasites and H. pylori, along with reporting on specific bacteria that can trigger autoimmune conditions.

A process of differential diagnosis is also important because when an individual presents with symptoms of IBS, there are around 30+ conditions that can cause the symptoms, not just SIBO.  So you may suspect you have SIBO, when in fact it is something else.

Based on the results, I refer to the US consensus guidelines on breath tests to make a diagnosis, keeping in mind the possibility of false negatives.

My preferred labs are Aero Diagnostics and SIBOtest.com as they both adhere to stringent guidelines relating to test preparation, checking the sample for validity and have 20 minute intervals for measuring each gas. Many other labs don’t have the same level of quality.

Additionally, if the SIBO was triggered by gastroenteritis, having a test for anti-vinculin and anti-CdtB antibodies (IBS Smart test)  is essential because it will tell you if you need to be on regular SIBO antimicrobial treatment every year and whether prokinetics are needed long term.

What factors influence your individualised treatment?

The exact treatment depends on a variety of factors such as:

Overview of how I treat SIBO – what tools I use

My treatment strategy is based on their respective naturopathic approaches. The main goal is to eliminate or greatly reduce the SIBO without inflicting harm on the large intestine microbiome, and while also preventing relapse. SIBO is unfortunately a condition that does involve a high rate of relapse – usually because the underlying causes haven’t been adequately assessed and addressed.

I use a combination approach using the following tools:

Realistically, it can take a good 6 months to clear SIBO and find sustainable relief. So, don’t expect to have a few appointments and be cured!

During treatment, there can be a change in digestive function due to the change in diet and also from die-off of the bacteria, which release endotoxins which can overwhelm the liver.

In some cases, a repeat round of antimicrobials is required, especially if there’s a high level of methane - because this means both hydrogen and methane are an issue and therefore treatment will take longer.

Some people will need to undertake a course of antimicrobials twice a year if they have autoimmune damage to the Migrating Motor Complex (caused by gastroenteritis).

Remember – SIBO can be effectively treated but only if done correctly by treating the individual holistically and having a healthy mindset to deal with setbacks.

Sign up to receive emails with new recipes and wellbeing updates.

Any cookies that may not be particularly necessary for the website to function and is used specifically to collect user personal data via analytics, ads, other embedded contents are termed as non-necessary cookies. It is mandatory to procure user consent prior to running these cookies on your website.