The term “superfoods” is thrown about constantly and there are ever more exotic foods given this label all the time. The hype can make people feel that they need to be spending tons of cash just to keep up with the Joneses to maintain good health. It seems that with superfoods, the more exotic they are, the more attractive to the consumer.

But, did you know that the term “superfood” is simply a construct of marketing hype and has no actual scientifically-defined meaning? This means that a marketer can slap this label on any food, enticing consumers to spend their hard earned cash on something that often hasn’t been researched to investigate its health benefits or otherwise. Having said that, these foods often do have some benefits and are usually revered within the cultural context they originated from- this is certainly part of their exotic appeal. But, they certainly are not a necessity to improve or maintain one’s health.

In Part 1 of this series, I’m going to shine a light on five of the forgotten or lesser known “superfoods” that are both affordable and accessible. They are also usually less problematic in terms of sustainability as they are produced or processed in such a way that generally does not impact on the traditional cultures that have eaten them - for example, there have been some mixed reports concerning the production of quinoa in South America for foreign markets. In many cases, they are cheaper and even more impressive than foods with a similar nutritional profile. I’ve ensured to include both plant and animal foods with suggestions for each on how they can be enjoyed.

So, say “hello” to the superfoods next door…

How I define superfoods

My definition of a “superfood” is one that is affordable, accessible, high in one or more particular nutrients and somewhat unique. These foods have multiple positive attributes that are meaningful to a majority of the population, not just those that can afford to buy in to the “superfood” marketing hype.

Without further ado, here is the first 5 of 10 “superfoods” that you can start incorporating in to your diet, no matter your style of eating. With both plant and animal foods included on the list, there is something for everyone. 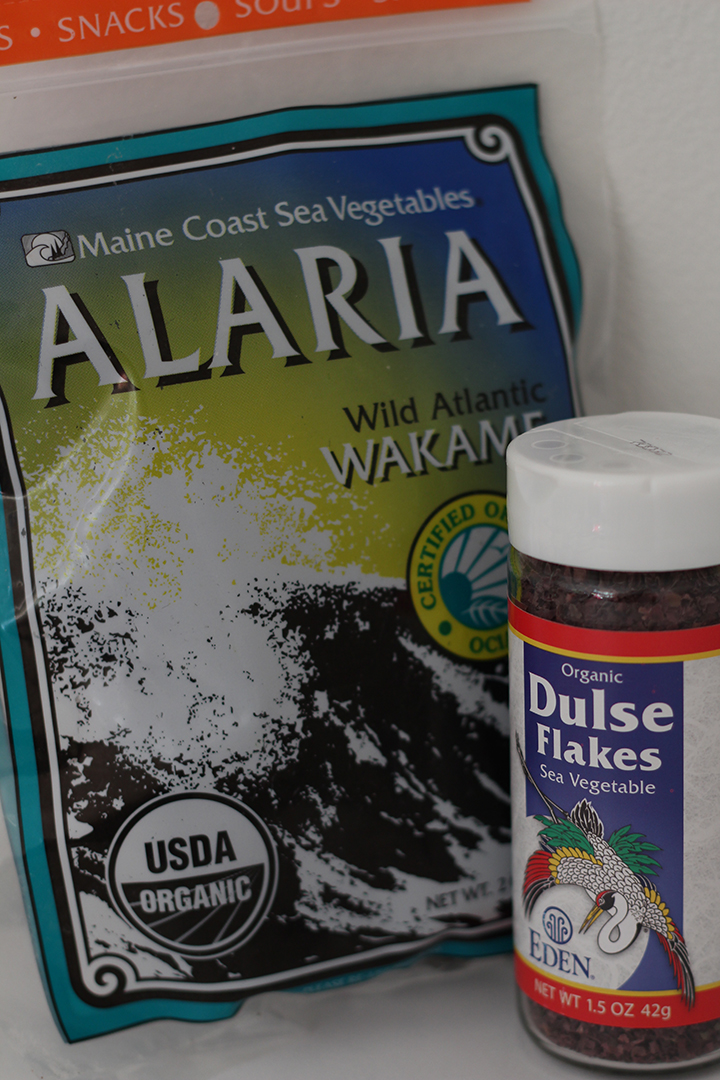 Seaweed is a traditional food in many different cultures – Japan immediately springs to mind, but even in places as distant as Australia and Scotland, unique local seaweed varieties can be enjoyed.

There are many different varieties of seaweed, just as there are countless varieties of plants that grow on dry land. You have likely heard of kelp, spirulina, and nori but there is also dulse, arame and wakame to choose from – a veritable smorgasbord.

The main drawcard in seaweed is iodine – essential for thyroid hormone production and it is also understood to have different protective properties when it comes to breast health, via several different mechanisms. Sufficient iodine levels during pregnancy and lactation also protect the offspring from impaired neurological development.

The low incidence of breast cancer among Japanese women is believed to be due in part to regular seaweed consumption.

Seaweed is also generally more nutrient dense than vegetables found on land and contains a wide variety of micronutrients, phytonutrients and prebiotic fibres in addition to iodine.

It is important to choose a brand that regularly tests its seaweed products for heavy metals, such as Maine Coast and Eden Foods. Also, I don’t recommend going overboard on seaweed intake – a few teaspoons a few times a week (or even every day) is enough to derive benefits without risking excess levels of iodine or heavy metals.

In Australia, as in other countries, seaweed can easily be foraged. 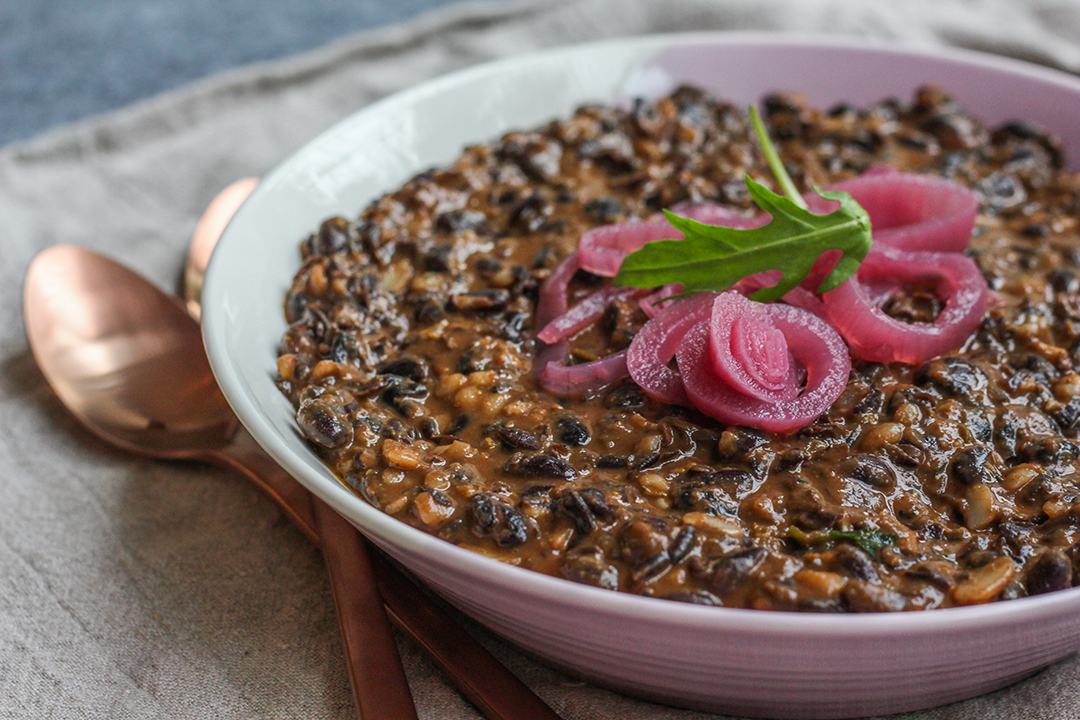 Black beans, also known as black turtle beans, are incredibly nutritious and have a really unique, smoky, delicious flavour. They also happen to be very versatile and inexpensive. Ticks all around!

As for their nutritional value, black beans contain a high level of folate, an essential nutrient for mental health and DNA function. They also have a wide variety of minerals, such as copper, magnesium and manganese, needed for many aspects of health such as muscle and connective tissue health and as co-factors for different enzymes including the powerhouse antioxidant enzyme, Superoxide Dismutase (SOD).

Don’t forget that black beans also contain good levels of starch, for slow release energy and fibre, to feed the intestinal bacteria that influence our health so greatly.

If you are a Paleo eater, you may want to re-consider the ban on beans, since the evidence for avoiding them is really not all that solid. Cooking them with a pressure cooker also removes most of the lectins, the substance often cited as the reason for avoiding beans. It’s also extremely fast – they take only 28 minutes on high pressure.

How to enjoy black beans: in popular Brazilian stew Feijoada; in the form of black bean pasta; as the star of my “refried black beans” recipe; as the secret ingredient in brownies; in veggie nachos. I also like to use them to replace some of the beef when I make bolognese. 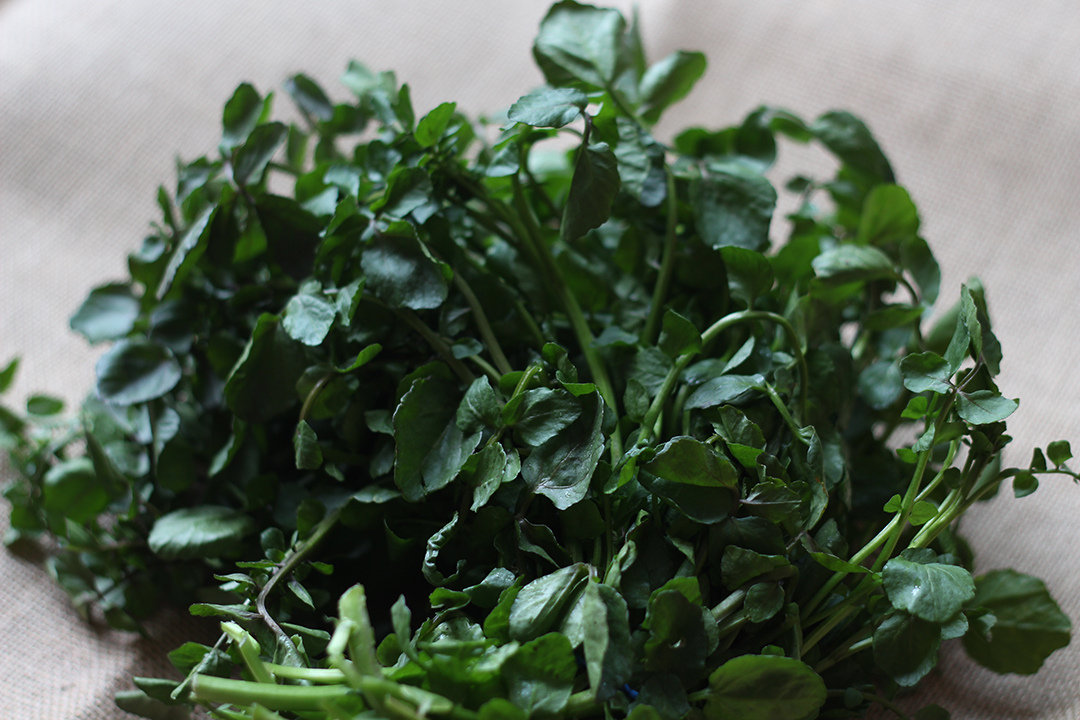 Kale is the leafy green that has had more than its fair share of attention over the last few years of the “clean eating” movement. But watercress, a staple of the traditional British sandwich and a member of the mustard family, more than matches kale.

In fact, watercress topped the list of 41 “powerhouse fruits and vegetables” with a score of 100, well ahead of the second place getter, Chinese cabbage, at 92. It is believed to stimulate antioxidant levels in the blood and may (in the context of a healthy diet and lifestyle) reduce the risk of different types of cancers. Watercress is also believed to protect eye and heart health due to its high levels of antioxidant phytochemicals lutein and zeaxanthin.

How to enjoy watercress: Use watercress in sandwiches, salads and soups. Here is a collection of watercress recipes from Martha Stewart. 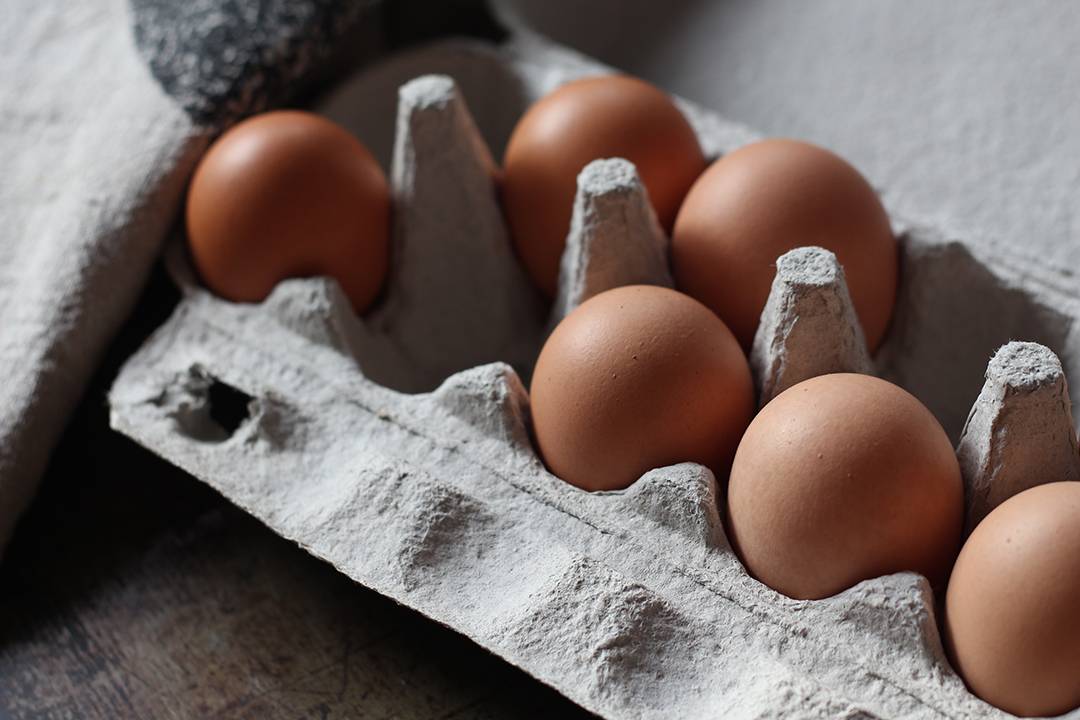 Over the years, eggs have fallen in and out of favour with public health authorities and also the general public. In fact, just the other day, an acquaintance was worried about eating a traditional Chinese cake because it contained two egg yolks.

But, most if not all health authorities are now in agreement that egg yolks are a no-risk nutritional powerhouse, with a great cross-section of different types of nutrients and high levels of choline, a nutrient low in many diets but essential for brain and liver health. The yolks also contain the antioxidant compounds lutein and zeaxanthin -beneficial for eye health. There is no need for concern in regards to the effects of egg yolks on cholesterol as dietary cholesterol has a very minor bearing on cholesterol levels in the body, and is actually a much needed substance for good health since it is the precursor to many hormones.

Unfortunately, eggs are one of the most common food allergens, however researchers believe that introduction of eggs for babies is best done between four and six months of age to prevent an allergy developing.

How to enjoy eggs: Firstly, please promise never to make or order an egg white omelette- not only are they bland, but you are missing out on so many nutrients. Also, skip raw eggs as the raw whites can result in a biotin deficiency if enough are consumed. There is also a small risk of salmonella poisoning.

Eggs are so very versatile and can be enjoyed as Eggs Benedict, in a frittata, omelette or in healthy fried rice. They are also excellent for making desserts such as lemon curd, chocolate mousse, pavlova and crème brulee. 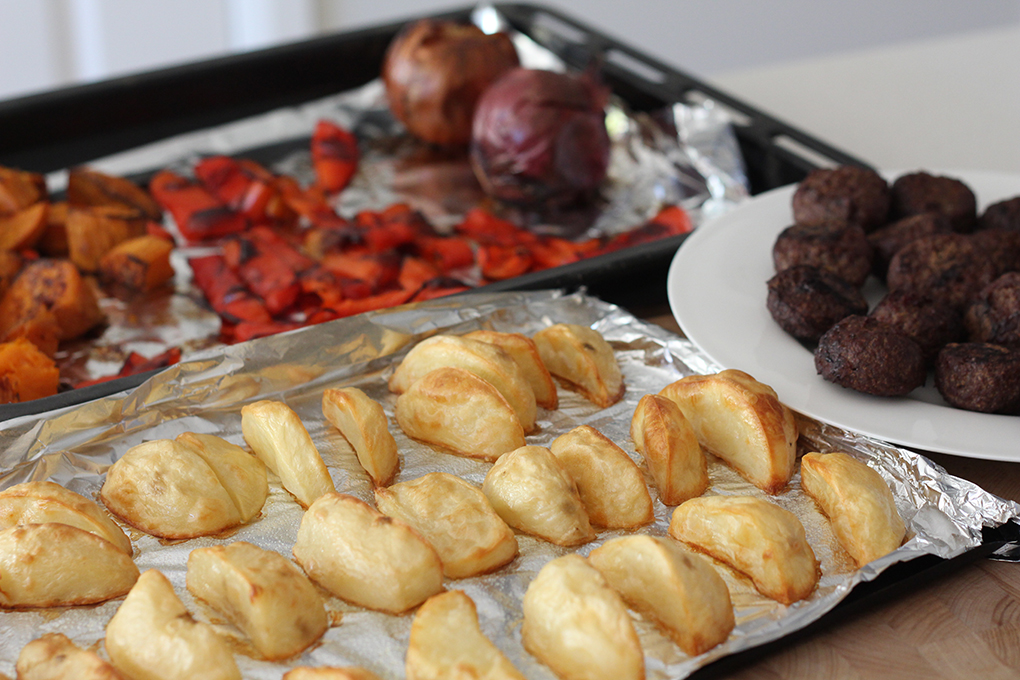 Similar to views about eating liver, being open minded about consuming different types of food is only ever a good thing. Kangaroo meat, like all game, is very lean, however it doesn’t always have such a “gamey” flavour. Aside from being lean, it’s also very affordable at around $10-$15/kg.

As for its nutritional highlights, kangaroo meat is high in iron, zinc, B vitamins and anti-inflammatory Omega 3 fatty acids. As an animal food, it is also high in quality protein.

How to enjoy kangaroo: for Australians, I recommend the Gourmet Game brand. The pre-made meatballs are a great replacement for beef or pork meatballs; the sausages are a great hot dog replacement; kangaroo steak as a different type of meat to try. I don’t recommend the meat patties in this brand though as they are pretty bland. I regularly bake a tray of the meatballs as part of my kitchen efficiency batch cooking process.

Now, it's your turn to tell me what your favourite "superfoods next door" are. I'd love to hear your thoughts! And keep an eye out for the remaining articles in this series.