Home » Nutrition » My review of The Bean Protocol

Join me for my Bean Protocol review. As a Naturopath and Clinical Nutritionist specialising in the gut microbiome, my ears perked up when I saw Juli Bauer from PaleOMG talking about something called The Bean Protocol on Instagram. I’ve been following her a long time and I know how much she has struggled with acne for years, both before eating a Paleo diet and all through the many years of eating that diet. It takes huge courage to shift like that to try to fix a problem, especially with such a massive audience watching. Beans are not permitted on a Paleo diet. 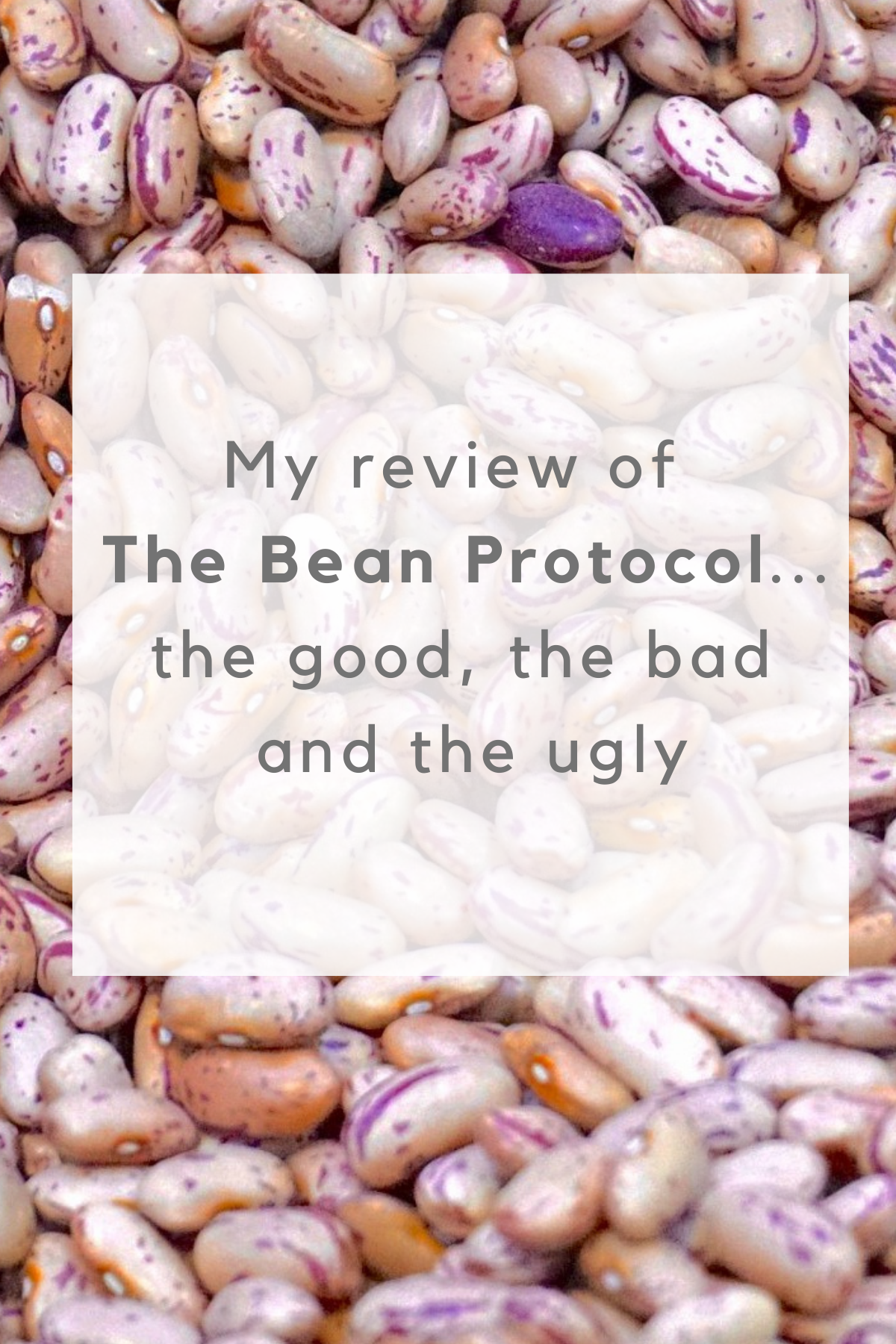 I’m always a little skeptical about anything called a “protocol” – especially one that claims to cure so many different ailments - yet I was sufficiently intrigued enough to listen to Juli’s podcast, other related podcasts and also review some other sources to find out more - you can find these at the bottom of the review. There were so many reports of dramatic success across all kinds of health challenges including acne, PMS, infertility, endometriosis, period pain, fatigue and various autoimmune illnesses. Beans and other legumes have most definitely been unfairly demonised in different dietary circles such as Paleo, however some people genuinely do have problems digesting them, such as those with SIBO (Small Intestinal Bacterial Overgrowth), one of the main causes of IBS (Irritable Bowel Syndrome). Others find that their condition flares with starchy foods of any kind, such as with Ankylosing Spondylitis.

In this article, I want to give you my professional assessment in this Bean Protocol review to hopefully help you decide if it’s right for you. I haven’t personally treated anyone using the Bean Protocol, but I am all about the gut microbiome so feel well placed to review the diet. I believe that you can also book a free call with a nutritionist trained in the protocol, so I highly recommend doing that.

The diet/protocol is a relatively low risk, affordable experiment to try for a few months and I am very supportive that it is a pro-microbiome, anti-inflammatory diet. Also, I genuinely believe that many people have had good results with it. Some people have also found success without cutting out as many foods as recommended. The diet may not be suitable for you if you have SIBO (one of the main causes of IBS), Ankylosing Spondilitis or a history of disordered eating. It does look like a diet where professional guidance, at least initially, would be very wise. The diet has good fundamental principles, but I don’t believe it needs to be followed in the exact way it is currently being used. Finally, some of the scientific rationale for the protocol is not factually sound. Be wary of any protocol that supposedly has all the answers for everything – this is a common marketing tactic used by people like The Medical Medium. They cater to desperately ill people who want to buy in to a story and a clear “answer”.

What is The Bean Protocol?

The diet/protocol is based on the idea of increasing soluble fibre in the diet to help bind bile in the gut that contains toxins and excess hormones for excretion via bowel movements. So, effectively it helps to finalise the process of detoxification after the liver’s detox processes have been completed.

It involves eating beans many times a day (up to 6-8 times) without any fat, or a very small amount, with the theory that the soluble fibre either binds to bile or fat, and it’s the bile that it should be binding to for the excretion/final detoxification to work correctly.

The diet also removes many foods/stimulants referred to as “adrenal whips” (eg. coffee, sugar and fruit) and also emphasises gentle exercise more so than chronic cardio. So it’s actually much more than a diet and has a long list of guidelines.

A list of what is either not allowed or is included

These rules are to be followed for a minimum of 3 months.

Pro’s of The Bean Protocol

There is a lot to like about The Bean Protocol as follows:

Con’s of The Bean Protocol

This section contains information about potential areas for concern. Also, I detail some factual inaccuracies being used to promote the protocol. Please note that many of these aren’t necessarily reasons NOT to try the protocol, more my cautions about it based on my qualifications and experience as a Naturopath and Nutritionist.

Also, hormones do not cause gas via fermentation – this was a claim made on a podcast. The fibre in the beans causes fermentation by bacteria – this is a well-established mechanism and this is something that is expected when eating beans and it shows that beneficial fermentation in the large intestine is occurring. The problem is when excessive fermentation is occurring due to bacterial overgrowth which can occur in either the large or small intestine. This bacterial overgrowth may be due to a number of underlying causes, so when someone complains about excessive gas, bloating or pain, the reason should be investigated and not dismissed as “hormones needing to be cleared out”. This looks like a way of saying absolutely everyone should be able to eat this diet, which is simply not true. No diet is ever suitable for everyone. I do agree that people should start low and slow with eating beans which can help an individual’s microbiome adjust to the new food, but the logic being given isn’t right.

To offset this, my recommendation would be to start slow and low, and start with more easily digestible legumes such as tinned lentils.

I read recently that for people experiencing constipation before or during this protocol, they are advised to add more fat in to help with that via lubricant effects. Which then begs the question “does anyone really need to restrict their fat so strictly when eating the beans?”

Why I think it works

On the whole, as per the Bean Protocol review outlined above, the foods included in the Bean Protocol are health-promoting and removing different foods/activities/substances that are inflammatory, nutrient poor or stress-promoting is always a good thing. And clearly, many people have experienced frankly amazing results with a wide variety of conditions – although they do seem to be in the honeymoon phase. As with any health decision, every individual needs to carefully weigh up the pro’s and con’s in relation to their personal situation. It certainly looks like a somewhat low risk, beneficial diet to experiment with for a few months, after which point the individual can decide what parts they want to stick with and what can be relaxed. I’m not convinced that the beans need to be eaten quite so often each day to get results. To be a truly sustainable diet, it needs to be less restrictive.

These are the articles and podcasts I read or listened to in order to write this review. I also spoke with someone who had coaching by a Bean Protocol coach.

If you'd like professional and personalised advice to improve your health in a sustainable way, find out more about how I work. I'd love to help you.

Looking for Recipes to Support your Gut Microbiome?

My second eBook, C’mon Gut Happy, is just what you need! Over 30 delicious plant based, gluten free recipes with evidence based ingredients to support your gut microbiome health! 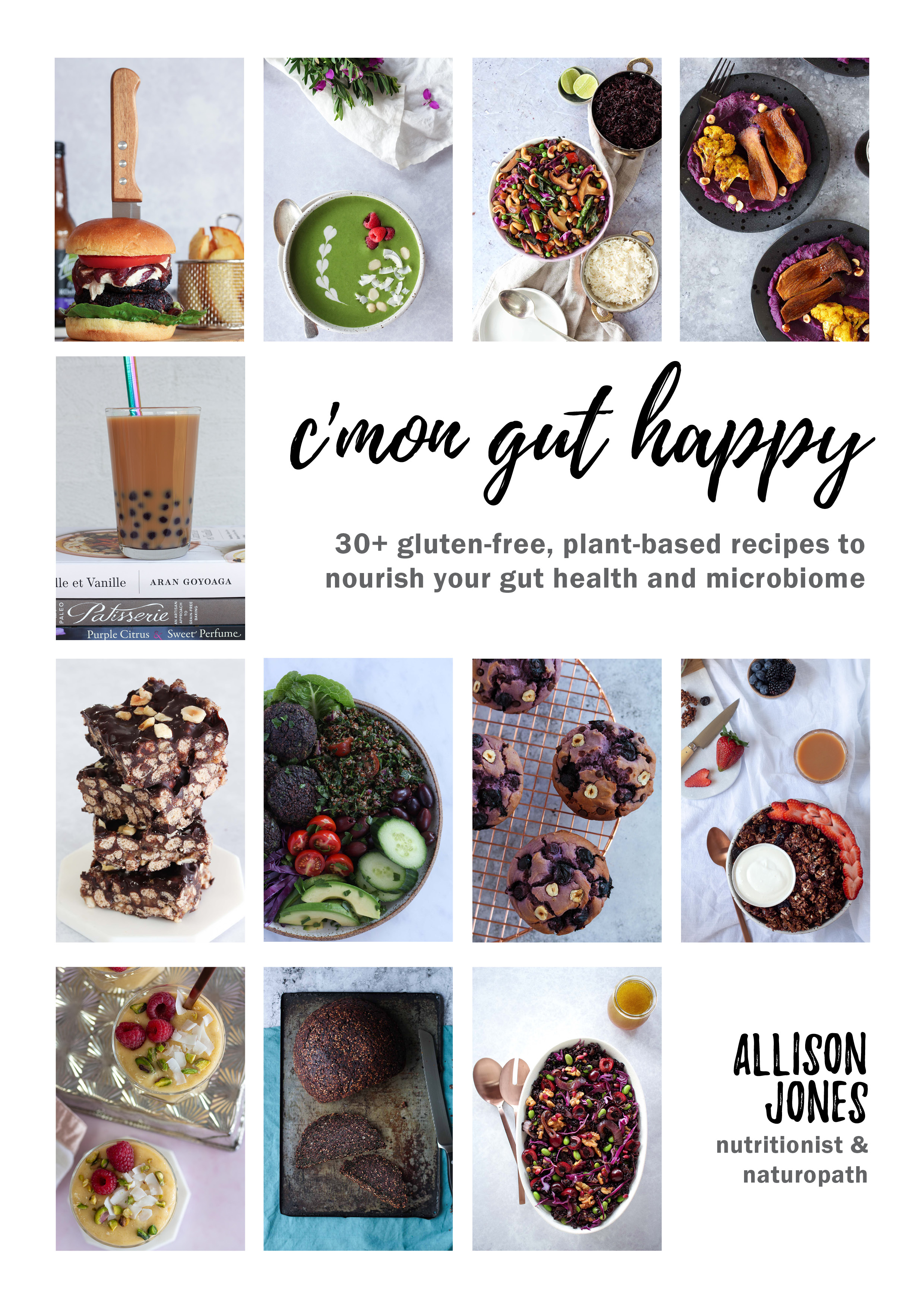